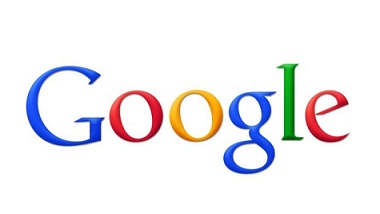 Here’s a look back at one of Google’s big search algorithm changes of 2012: the Above-The-Fold Update, which was first released on January 19, only to be later updated on October 9.

Before we get into what the update did and how it affected websites, let’s talk about the history behind the phrase “above the fold.”

The History of the Above-The-Fold Area

Before the Internet, the phrase “above the fold” strictly referred to the upper half of the front page of a newspaper, a place reserved for headline news and photographs. Newspapers are often folded in half, thus a story placed above the fold is one of such importance that the editors believe it entices people to buy a copy. Being so visible, the above-the-fold area is also cherished by advertisers, as it’s seen by both buying customers and passing onlookers. Placing an ad above the fold increases the ad’s effectiveness.

In today’s web design age, the phrase “above the fold” now refers to the part of a website users can see without scrolling down. Usually this area features the navigation bar, a banner/logo, and content meant to keep users scrolling down the page. But let’s face it – not all users do scroll down, and advertisers understand this fact, which is why many online advertisements, like their newspaper counterparts, pay more to get their ads within the above-the-fold area.

The problem is, some websites saw the financial gain of above-the-fold advertisements as too good to pass up, and they became addicted to the money like it were a drug. These sites bogged down their above-the-fold area with so many advertisements that it actually became detrimental to a user’s experience. But the sites didn’t care, because the advertising income made it worth the aggravation passed onto users.

Then Google updated their search algorithm to punish these kinds of sites.

On January 19, Google released an article titled Page layout algorithm improvement, in which the company said:

We’ve heard complaints from users that if they click on a result and it’s difficult to find the actual content, they aren’t happy with the experience. Rather than scrolling down the page past a slew of ads, users want to see content right away.

So sites that don’t have much content “above-the-fold” can be affected by this change. If you click on a website and the part of the website you see first either doesn’t have a lot of visible content above-the-fold or dedicates a large fraction of the site’s initial screen real estate to ads, that’s not a very good user experience.

Such sites may not rank as highly going forward.

Before you cut all above-the-fold advertisements, understand that Google recognizes that some sites legitimately need these above-the-fold ads to “monetize online content” and keep the site running.

From the aforementioned article:

This algorithmic change does not affect sites who place ads above-the-fold to a normal degree, but affects sites that go much further to load the top of the page with ads to an excessive degree or that make it hard to find the actual original content on the page.

This new algorithmic improvements tends to impact sites where there is only a small amount of visible content above-the-fold or relevant content is persistently pushed down by large blocks of ads.

Quite simply, you must integrate an appropriate amount of ads into your above-the-fold area without sacrificing a user’s experience. Focus on providing a worthwhile interaction that just happens to have a few advertisements scattered about.

And for those wondering about pop-up advertisements, Google told Search Engine Land, “Sites using pop-ups, pop-unders or overlay ads are not impacted by this. The update only applies to static ads in fixed positions on pages themselves.”

Those Affected by the Google Layout Update

The actual number of sites affected by the Google Layout Update is less than 1% of Google’s global searches. Obviously, the update was intended to target a specific problem within a small number of sites.

But what happens if you were caught in that 1%?

Coming Back from Google’s Above-The-Fold Change

Let’s say you were one of those hit by the update and now your search rankings are suffering. What do you do? Well, you do what we’ve always recommended: make small changes and then wait for results.

Being tagged as too heavy on above-the-fold advertisements punishes the entire website, not a specific page, and coming back from that punishment requires examining every advertisement on every page and then creating a search engine optimization campaign to come back from the effects.

But reducing above-the-fold ads doesn’t instantly cause the site to come back from the punishment. Google’s search engine bots are slow and methodic, taking their time to ensure a site is appropriate for a specific spot on the SERPs.

If you decide to update your page layout, the page layout algorithm will automatically reflect the changes as we re-crawl and process enough pages from your site to assess the changes.

How long that takes will depend on several factors, including the number of pages on your site and how efficiently Googlebot can crawl the content.

On a typical website, it can take several weeks for Googlebot to crawl and process enough pages to reflect layout changes on the site.

With it possibly taking weeks for a Googlebot to crawl a site, we always – always – recommend people make changes and then let the site sit long enough to collect data. Letting impatience get the better of you can result in making too many changes and not knowing which one caused an increase/decrease in traffic. Slow and steady wins the race.

Right, so we mentioned at the start of the article that Google updated their layout/above-the-fold algorithm on October 9. And yes, that’s true – but the problem is, no one knows what it changed.

The link included in Cutts’ Tweet directs back to the above post mentioned throughout this article. And that’s all the information given out to the public. No details pertaining to what the layout algorithm changed. No talk as to which websites were affected. No extrapolating on the purpose of the update.

Quite frankly, it’s these kinds of silent updates that can make Google so frustrating. Sure, ~0.7% is an extremely small number, but who wants to wake up one day to an intense drop in traffic and no explanation as to why it happened?

If you saw a drop in traffic around this time, feel free to contact us to inquire about an in-depth traffic analysis report. Google certainly can be a fickle master at times, but we love delving into the algorithms to find ways to maximize a site’s search rankings, and we do whatever it takes to get your site seen by as many eyes as possible.